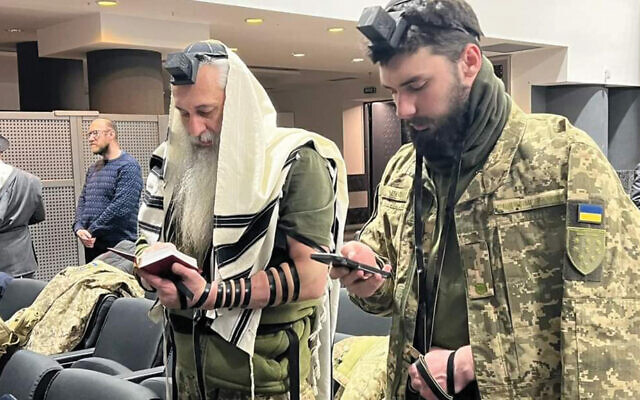 You arguably can link the ongoing invasion of Ukraine to the efforts by Russia’s Internet Research Agency to help elect an American president who had made adopting Russia’s Ukraine policy his only significant change to the Republican Party’s 2016 platform.

Which is to say that social media at a time like this should be viewed with a certain wartime skepticism. 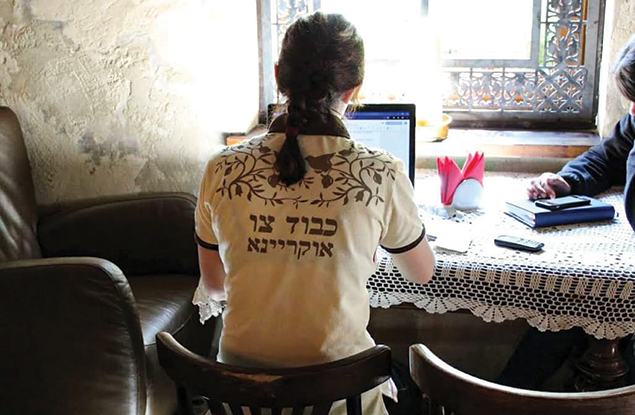 Still, when a small democratic country with a Jewish president is invaded by its large authoritarian neighbor, it’s not hard to guess where Jewish sympathies will lie — even if the rich but troubled Jewish history in Ukraine gives ample reason for Jews to distrust  Ukrainians.

So it’s no surprise that these two unattributed images are going viral on the Jewish internet.

In one, a father and son in Ukrainian military uniforms daven shacharit — the son via a siddur app on his phone.

In the other, a young woman in a Lviv coffee shop wears a shirt whose Yiddish words translate to “Glory to Ukraine.”