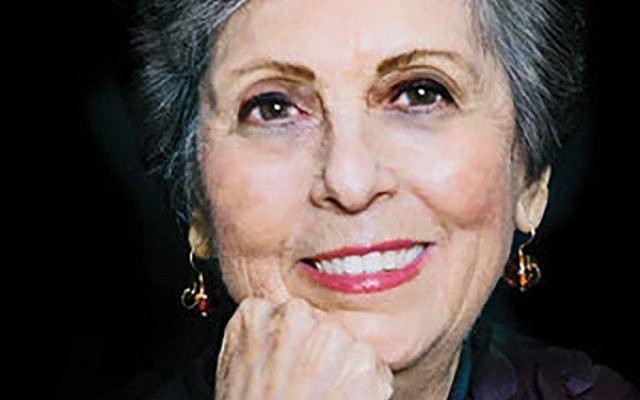 Yosef Hayim Yerushalmi, the eminent scholar of Jewish history, could terrify his students at Columbia University, especially new students, by glaring at them through stern dark eyes when their answer to a question dissatisfied him. He could also coddle students, inspiring them to keep going when they felt discouraged, helping them come up with new ideas, praising them proudly for their achievements. On a personal level, he might vacillate between despair and hope about life’s problems, but most often it was hope that he conveyed in the classroom and in lecture halls overflowing with people coming to hear him.

Last month, a day-long conference marking the 10th anniversary of Yerushalmi’s death celebrated this complicated man. The conference was sponsored by Columbia’s Institute for Israel and Jewish Studies, which he had directed for almost three decades while also holding the Salo Wittmayer Baron chair as professor of Jewish history, culture and society. Aside from his brilliant writings (more about that in a moment), Yerushalmi mentored dozens of graduate students over the years, and numbers of them spoke at two panel sessions presented during the day. Most of these speakers now hold prestigious positions in college and university departments of Jewish studies throughout the United States, attainments they attribute in many ways to the rigorous training they received from Yerushalmi. All began their talks by recalling the terrifying moment when they first met their famous professor, a cigarette between his fingers, his smoke-filled office exuding a sense of mystery. (He tried hard to stop smoking, but failed, and died at 77 of emphysema.) Each went on to speak about the specific field he or she entered and Yerushalmi’s caring guidance in it.

“From him I learned how to think about Jewish history,” one said. “He always put things in perspective.” That perspective included emphasizing not only how important it is for Jews to understand the society in which they live, but also what it means to that society to have Jews living in it. Others spoke of his insistence that in researching Jewish history all sources matter, not just Jewish ones. Most important, he taught that history is not only about events; it is also about people affected by the events. What might have the Jews of a particular time been feeling, he would ask. And, he would say, to grasp any period of Jewish history including our own, one needs to pose three questions: Where do we come from? Where are we now? Where are we going? They are questions all of us — not only historians — might want to contemplate as we try to make sense of the difficult times we live in.

For Yosef Yerushalmi, making sense of the past meant writing about it, which he did with eloquence and erudition. His subjects ranged from the Jews expelled from Spain and Portugal in the 1490s to the Haggadah as a form of history to Sigmund Freud’s attitude toward his Jewishness. But his most influential and best-known work is a slim book of barely 100 pages. Called “Zakhor: Jewish History and Jewish Memory,” it explores the centrality of collective memory to Jewish history. Although the Bible, for example, gives a chronological narrative of the history of the Jewish people from its beginnings, it is the stories it tells within that chronology that have the greatest significance for Jewish belief and ritual. Thus the slavery the Hebrews suffered in Egypt and the exodus from that land form the core of Jewish belief in God and divine redemption. Time and again the Bible urges us to remember those events, even to re-enact them at our Passover seder, with little regard for concrete historical details. Memory for Jews lays at the center of their consciousness as a people.

That changed in modern times, Yerushalmi showed, when Jews began writing conventional history based on actual records. In the process, the cohesiveness that collective memory gave to the Jewish story has been lost. We cannot return to an earlier era, but taking off from “Zakhor,” we can recognize how, on a smaller scale, memory can continue to be part of our historical thinking today. The written memories of Holocaust survivors, for example, will remain as powerful testimonies to that barbaric time. In our personal lives we need to share our memories with children and grandchildren — memories of immigrant parents, of Jewish life before the State of Israel existed, of stories behind family treasures. Although these are not the God-centered collective memories of the Jewish people Yerushalmi wrote about, they, too, are a form of Jewish
history.

The day honoring Yosef Yerushalmi stirred up many memories for my husband and me. He was our close friend and he came alive again for us through the words of his former students, a tribute he would have cherished, as did we.

Francine Klagsbrun is the author most recently of the National Jewish Book Award-winning “Lioness: Golda Meir and the Nation of Israel.”