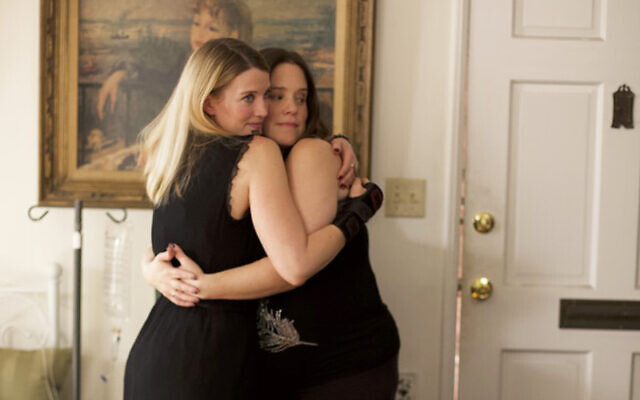 As the grandson of a major Israeli artist whose studio’s works adorn many synagogues in the Garden State, Eric Ascalon, the new chair of the Garden State Film Festival, learned to appreciate Jewish art at an early age.

Among the offerings of the 18th annual festival is a program of four Jewish-themed films that each “takes a look at how a family is affected in a major way,” Ascalon told NJJN. The films will be shown on-line Sunday afternoon from 3-5:30 p.m. on March 29.

The festival will present over 220 independent films with New Jersey connections from March 25-29. Due to the coronavirus outbreak, the entire festival has been transformed into “an innovative on-line event,” according to Ascalon.

“At this time of uncertainty, when many are exercising social distancing and refraining from public gatherings, our Board of Directors wants to assure the opportunity for our fans – both in New Jersey and globally – to experience the high-quality entertainment our festival offers in a safe and meaningful way,” he said. 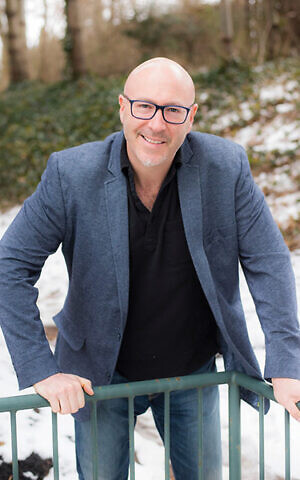 Ascalon’s grandfather, Hungarian-born Maurice Ascalon, was an Israeli sculptor and designer perhaps most famous for his creation of “The Toiler of the Soil, the Laborer, and the Scholar,” a 14-foot-tall hammered repoussé copper relief work depicting three figures that adorned the façade of the Jewish Palestine Pavilion of the 1939 New York World’s Fair. Almost a century ago, Maurice also founded Ascalon Studios, now based in West Berlin, which chiefly produces installations for public spaces and houses of worship.

That firm “has worked with dozens of synagogues in New Jersey,” said Eric, 48. “Some of the items produced include site-specific Judaic sculptures, front doors, and aron kodesh doors.” His father, David, who is 75, still runs the studio.

His brother Brad followed in the footsteps of both his father and grandfather, who passed away in 2003 at age 90, and earned recognition as a renowned sculptor with a studio in Manhattan. Eric, however, became an attorney (after attending Rutgers as an undergraduate). He also developed a deep appreciation for film.

“I really don’t have a lot of artistic talent; I was surrounded by my family’s talents, promoting them and their endeavors and offering legal counsel,” said Ascalon. But, he said, “I always had an interest in film as art. I attended my first Garden State Film Festival in 2014, when it was in Atlantic City, and became involved as a board member quickly afterward, because I liked how the film festival promoted New Jersey.”

Ascalon was introduced to film industry veteran Diane Raver, who cofounded the festival in 2002 — and is its current treasurer — with the late actor and NJ native Robert Pastorelli (“Eldin,” the house painter on the CBS hit “Murphy Brown”).

The aim of the festival was to celebrate independent cinema and create a venue for local and other independent filmmakers to show their work. It was also established to pay tribute to New Jersey’s legacy as the birthplace of the American filmmaking industry; Menlo Park was the site of Thomas Edison’s laboratories, where the first film cameras and projectors were invented, and the first film studios were in Fort Lee.

Ascalon’s involvement with the festival began when he became a board member in 2014, and, when Nick Falcone resigned as festival chair in 2019, Raver approached Ascalon. “I was glad to accept that position and help the festival as much as I can,” he said, and though still a member of the bar, he no longer practices. “I’m kind of a recovering lawyer,” he said.

Ascalon works with festival executive director Lauren Concar Sheehy on scheduling, fund-raising, and promotion of the event, which, after originating in Asbury Park, spent 11 years in Atlantic City before moving back to Asbury Park three years ago. It is a nonprofit with dozens of sponsors. The festival continues to seek donors and has attracted support from celebrities like rock legend and Freehold native Bruce Springsteen, as well as such entertainers as Ed Asner, Richard Kind, and Bebe Neuwirth, who are among the honorary board members. The festival upholds its mission to “present films with a New Jersey connection, from student productions to mid-level independent films that will be making their New Jersey premieres,” Ascalon said.

In addition to his work with the festival, Ascalon serves as vice president of development at Catalyst Experiential, in Newtown Square, Pa., which creates community projects combining art, architecture, and advertising.

Ascalon lives in Cherry Hill, where he is a lifelong resident, with his wife, Tanya; they have three children, Zaxlee, 22, Zia, 14, and Zaiden, 17.