Bris Avrohom held its 42nd annual dinner in a decorated tent on the shul’s front lawn on November 7. 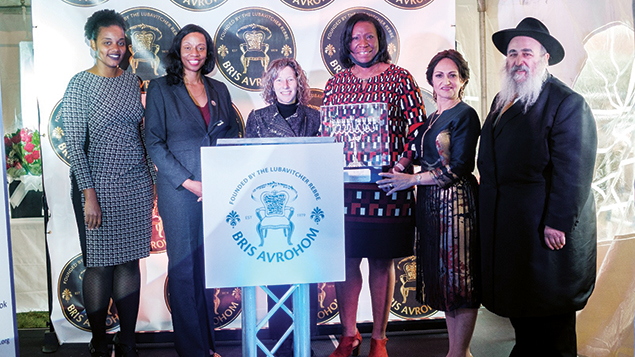 Bris Avrohom is an educational organization that the Lubavitcher rebbe founded in 1979 to assist Jewish immigrants from the former Soviet Union. Throughout the past 42 years it has provided services to the Jewish community, touching the lives of 40,000 people through Jewish life-cycle events, education for the young and old, holiday gatherings, pre-school, Sunday school, and day camps. 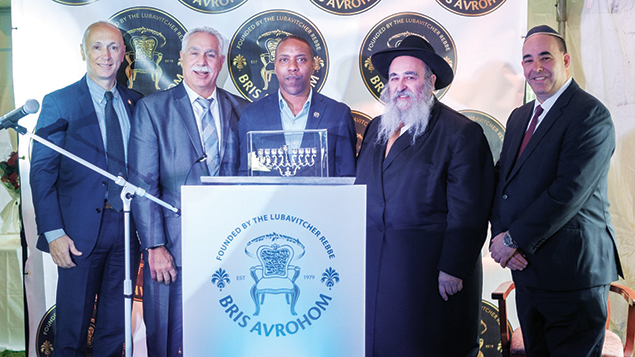 The theme of the dinner was hakaras hatov, as Bris Avrohom expressed its gratitude to those who help it in furthering Jewish awareness in the state of New Jersey. This year, executives of the Port Authority were honored in anticipation of Chanukah, when Bris Avrohom displays 140 menorahs, many on Port Authority of New York/New Jersey’s structured, which 28 million travelers see on tunnels, bridges, airports, and bus terminals.

Levi and Rivki Kumer, received the Young Leadership Award. They were honored for their involvement in building and encouraging the young community in Hillside.