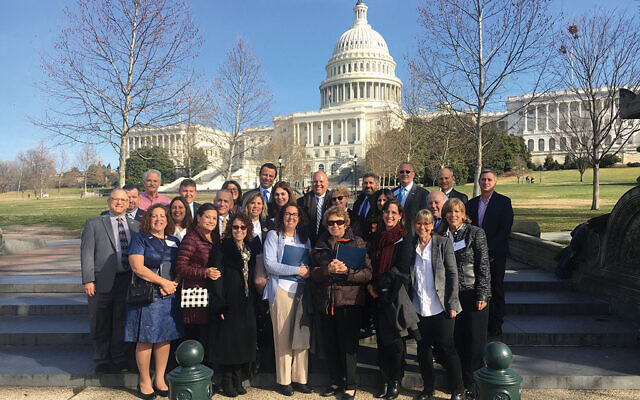 Last July, as the Jewish Federations of New Jersey (JFNJ) was just taking shape under the leadership of Joshua Cohen, its director of government relations and external affairs, Linda Scherzer, director of Jewish Federation of Greater MetroWest NJ’s Community Relations Committee, had an idea.

“I thought it would be more effective and help us to get to know the concerns of the other federations involved if we had a bigger and more diverse group. It hadn’t been done during my tenure [since 2016], so I talked to Joshua,” said Scherzer.

Cohen quickly agreed and a group of about 40 people from the five federations visited Washington Jan. 15-16 and met with several area legislators and other officials. They were led by mission chair Rabbi Dan Cohen of Temple Sharey Tefilo-Israel in South Orange, and directed by Scherzer, with assistance from Community Relations Committee chair Sheri Goldberg.

“Whether we are lobbying in Trenton, Washington, or elsewhere, for the needs and causes we have, it’s always great to have a more complete group,” said Cohen. “I was more than pleased Linda suggested this and was glad to help her in any way I could.”

They also met with Special Envoy for Monitoring and Combating Anti-Semitism Elan Carr, Rep. Ted Deutch (D-Fla.), and political consultant Mark S. Mellman, founder of the Democratic Majority for Israel. Among the items discussed were the importance in increased funding to fight anti-Semitism, racism, and hate; the need for additional non-profit security grant funding ($1 million was just added to the budget for that purpose for 2020); and protecting the Jewish elderly. 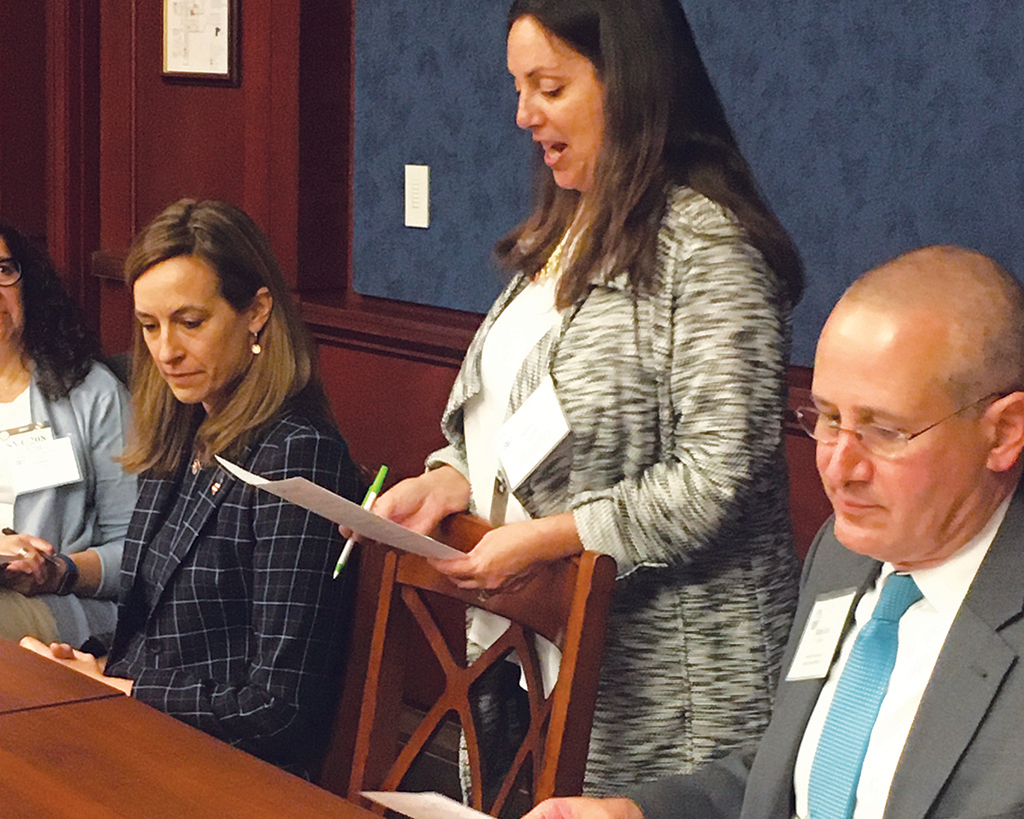 Scherzer felt the meetings were both successful and productive.

“Really, it was a friendly audience. They share our concerns,” she said, adding, “I’m glad we went as a bigger group and getting on a train to Washington is certainly easy. We were really able to get our views across representing the large Jewish population in New Jersey.”

Scherzer said she hopes the combined federations mission happens every year. “To me that is very important,” she said. “We are stronger together in fighting this terrible rise in anti-Semitism.”

Bob Kuchner, who recently retired from the accounting firm Marks Paneth LLP and is a past president of the Jewish Community Foundation of Greater MetroWest NJ, was part of the delegation and said he had participated in combined missions more than a decade ago.

“I was happy to both see this was done again and will certainly be a part of this if they do it again next year,” said Kuchner, a Westfield resident and the president of Rutgers Hillel. “I felt the meetings were very productive, especially in areas involving our elderly and Holocaust survivors. We have to take care of them.”

Jacob Toporek, who for 12 years served as executive director at the NJ State Association of Jewish Federations — which JFNJ replaced — said that the combined federation trips Kuchner referred to were ultimately shelved for budgetary reasons.

“In the end, it came down to money, numbers, and recruiting, and the federations went their separate ways,” said Toporek, an Edison resident. “When I heard they were doing it as a group this year, I was pleased. I hope it stays that way.”

Cohen, in succeeding Toporek as the main lobbying voice in both Trenton and Washington for the five federations, said the experience was important for him in his role.

“I got to know people in various communities,” he said. “That certainly helps me in my role.”

David Leit, a Maplewood resident and a partner at the law firm Lowenstein Sandler, said he enjoyed the mission.

“The issues we have in our communities are important to us, and the best way we can show that is by visiting our legislators as a group,” said Leit. “I will definitely sign up for this same trip next year if that is the case. Our voices need to be heard.”