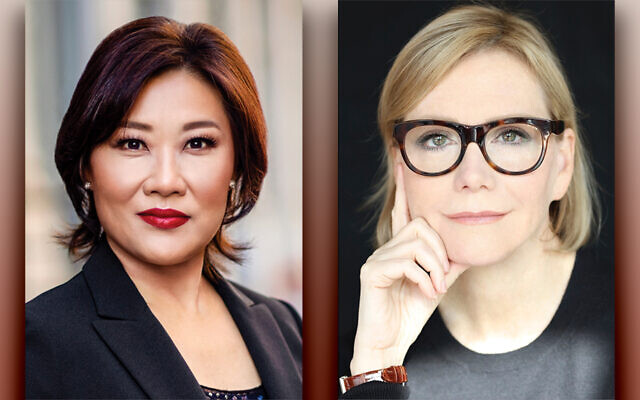 It began with a book and culminated in a symphony.

And that symphony — the only one ever written by composer/conductor Marvin Hamlisch — will soon be played at a Concert for Peace in New Jersey. (See below.)

The book, “Anatomy of Peace,” was written by Emery Reve, Winston Churchill’s press secretary and an author in his own right. In that book, Mr. Reve contends that the only way to create peace on Earth is through global governance and binding international law.

Terre Blair Hamlisch, Mr. Hamlisch’s widow, who describes her husband, who died in 2012, as someone who “believed that everyone deserved to live in a secure and peaceful world,” recalled that Mr. Reve’s widow “came to the Dallas symphony and requested that her husband’s book be musicalized. Marvin was the conductor there, and he was asked to do it.”

So the Oscar, Grammy, Tony, and Emmy award-winner agreed, and the piece, which had its United States premiere in 1991, subsequently was played in London and Paris.

And then, for whatever reason, it sat on the shelf.

On February 26, it will be heard once again, thanks to the Wharton Institute for the Performing Arts and the New Jersey Youth Symphony.

Wharton, a nonprofit performing arts education organization in Berkeley Heights, serves more than 1,500 students of all ages and abilities through a range of classes and ensembles. In addition to the New Jersey Youth Symphony, its programs include the Paterson Music Project and the Performing Arts School.

The NJYS, founded in 1979, offers ensemble education for students in third through 12th grade across the state, drawing largely from northern and central New Jersey. The group has grown from one orchestra of 65 students to more than 500 students in 15 different orchestras and ensembles. Not only has the NJYS performed throughout the United States, but it also has had six European tours.

Peter Gistelinck, Wharton’s executive director, clearly is excited about what he describes as “an amazing and very special concert.” He described Mr. Hamlisch’s symphony as “accessible… with beautiful melodies.” Knowing the high esteem in which Marvin Hamlisch held Leonard Bernstein, he said, concert organizers chose a Bernstein piece, “Jeremiah,” to join Hamlisch’s symphony on the program. 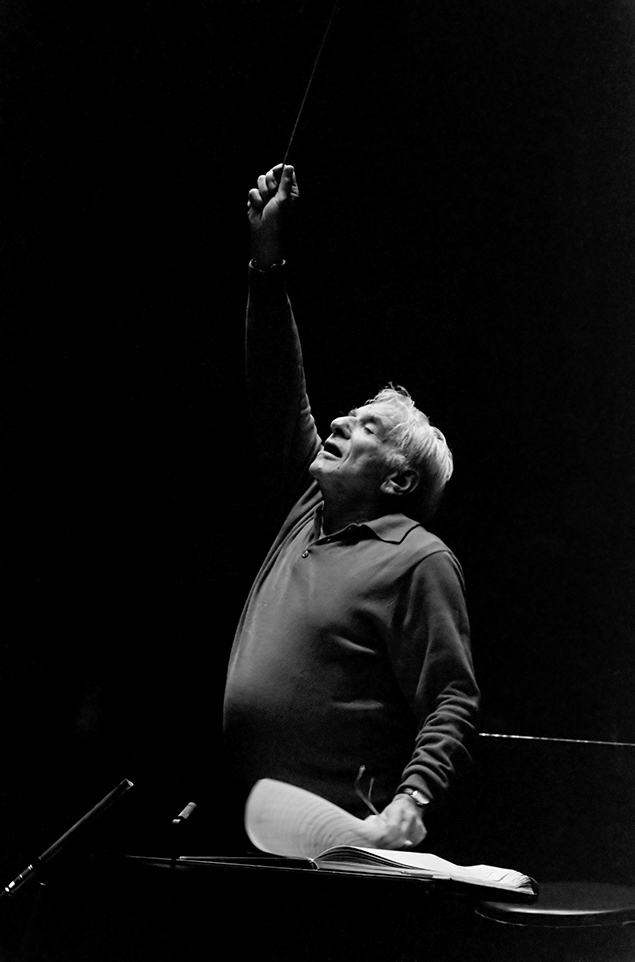 Wharton’s artistic director and principal conductor, Helen H. Cha-Pyo, described the Hamlisch piece as “a hidden gem. Peter found the score two years ago,” and her brought it to her attention, she said. Neither Mr. Gistelinck nor Ms. Cha-Pyo knew that Mr. Hamlisch had written a symphonic composition. When Mr. Gistelinck played Ms. Cha-Pyo a CD of the music, “she was blown away,” Mr. Gistelinck said.

The two dug deeper and learned more about the music. “I wanted to do it last season,” Mr. Gistelinck said. “It’s overdue.” So as soon as she learned that concerts could once again be live, “I wanted to schedule, teach, and learn it.”

Mr. Reve’s book, she said, has “an important message for young people to share. What better way than through a symphony work that uses young voices,” with children telling the world what is possible? The New Jersey Youth Chorus will join the symphony “in what is sure to be a moving tribute to the ideals of peace and how we can transform our world into one that is more equal, more just, equitable, inclusive, sustainable, and harmonious.”

Since Mr. Hamlisch’s piece is 25 minutes long, “we needed to combine it,” Ms. Cha-Pyo said, adding that she thought immediately of “Jeremiah.” “The theme resounding in both pieces is the human yearning to live in peace with each other and the universe. It made perfect sense to marry them together.”

“We know Mr. Hamlisch was a fan of Leonard Bernstein; that’s why we paired it,” Mr. Gistelinck said. “It’s a perfect match.” Coincidentally, Wharton honored Jamie Bernstein, the conductor’s daughter, at a gala just two years ago.

“It was for lifetime achievement for championing music for social change,” Ms. Cha-Pyo said. She noted that the Paterson Music Project was launched a year after the Bernstein centennial. The program empowers children to achieve their full potential through the pursuit of musical excellence, using music education as a vehicle for social change.

Asked how Mr. Hamlisch’s symphony is able to convey Mr. Reve’s message, “Marvin’s gift is to be able to deliver a message clearly,” Ms. Cha-Pyo said. “It’s one movement, beginning with intense, anxiety-driven music with the full orchestra. It’s not a pretty song. It really symbolizes humanity in agony.”

But, she continued, “One melody weaves through the entire piece, symbolizing the ‘one law’ talked about in the book.” You hear it first from the flute. Then it gets interrupted, and the melody comes out from the strings. As more instruments start to play it, it spreads, once again getting interrupted. Finally, the same melody is sung by a child’s voice and taken up by a children’s round.

“The melody wins. In other words, good triumphs.

“I know Marvin would be honored to be with Bernstein, his idol,” Ms. Blair Hamlisch said. “And he would be thrilled by the New Jersey Youth Symphony, one of the finest in the country, and by the youth choir. He would be very moved that youth are expressing his message. He composed it for a young voice soloist.” After the dissonance, “he wanted something to unify us in our own humanity.”

What the composer had explained to his wife was that melody was a unifying force. He sometimes would go onstage at Christmas shows and sing “White Christmas,” pointing out that it was written by a Jew. But, he told her, he never found any song that truly represented the Jewish faith. “So he wrote ‘Chanukah Lights,’ one of most beautiful melodies I ever heard. His genius was to write these original songs and not be derivative. 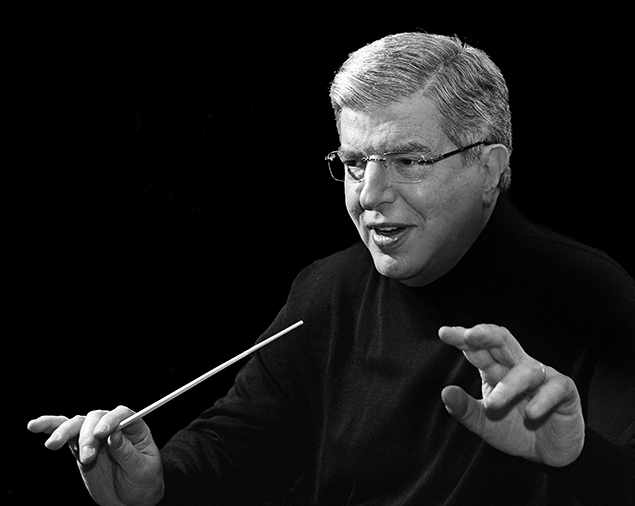 “He wanted to write things that forwarded the Jewish voice.

“Marvin believed everyone deserved to live in a secure and peaceful world,” his widow continued. “He was influenced by both family and history. His parents escaped from Vienna during the war. There’s a harrowing tale about his father, Max, a musician, escaping from Nazis on a train. He was by himself, but his wife, Lily, had stuffed fruit in the bell of his saxophone. The Nazis were searching the passengers. He fled and jumped off with the help of fellow passengers. Because of history, Marvin never took freedom or peace for granted.”

Ms. Cha-Pyo had one question of Ms. Blair Hamlisch. When the Dallas Symphony Orchestra released the CD of its performance, the end of the piece was “majestic and grand.” But when she got the score, she saw that the ending “faded out.”

In response, Ms. Blair Hamlisch said she seemed to recall that the endings in London and Paris were “soft.” But yes, the Dallas version was different. “I believe Marvin liked both endings,” she said. He was notorious for changing things, always making it better until the last moment. Both endings have great meaning. After Dallas played it with the big ending, he went and changed it to a quieter ending. In London, you could hear a pin drop.”

“‘Anatomy of Peace’ is more relevant than ever,” Ms. Blair Hamlisch said. “I’m saddened and dismayed by the rise of antisemitism” and by the fracturing of families “due to ideologies and the challenges we’re facing. The message that humanity can come together as one, in a melodic theme through our differences and dissonance, resonates profoundly today.”

Ms. Blair Hamlisch spoke warmly of her husband’s connection to Barbra Streisand, recalling that the singer was one of the first who called when Mr. Hamlisch died. “She said she was going to sing for him — that she wanted to sing for him. That’s how the memorial at Juilliard, directed by Mike Nichols, came to be.

“They were such a team.”

When Ms. Streisand, who hadn’t performed live in years, agreed to do a concert in Las Vegas, “she wanted to do it with him,” Ms. Blair Hamlisch said. “It was pretty amazing. They took breaths together.”

What should draw people to the concert? Ms. Cha-Pyo listed three incentives. First, she said, audience members will be surprised at how good the orchestra musicians are. “They’re extremely advanced. They play with great passion and excellence.”

Second, the audience will be able to witness the East Coast premiere of Mr. Hamlisch’s piece, a work not many people have heard.

Finally, she said, it’s rare to hear a live performance of Bernstein’s work. Mezzo-soprano Cierra Byrd, a Lindermann Young Artist at the Metropolitan Opera, opens the concert as the featured soloist in “Jeremiah.” “She’s a young artist with a bright future,” Ms. Cha-Pyo said.

Who: The New Jersey Youth Symphony

What: Presents “A Concert for Peace”

Cost: Tickets are $20 for adults and $15 for students and seniors. Use promo code FAMILY PACK for five tickets for $50. Tickets are available at NJYS.org.