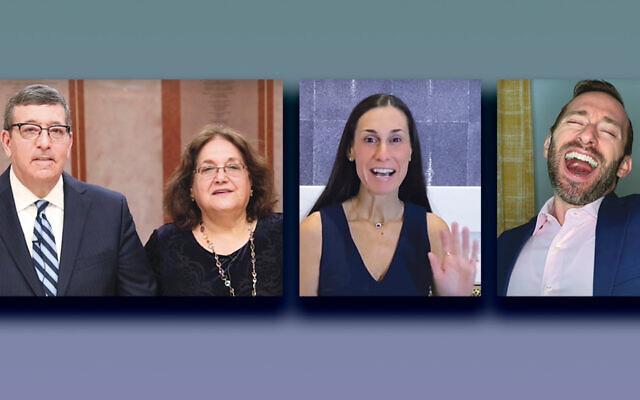 More than 800 community members were online at the Jewish Family Service of MetroWest’s “Evening of Broadway, Hope, and Laughter” its annual gala, on May 11. It honored Eta and Mark Levenson and the Eric Eliezer Levenson Foundation for Hope for its dedication and support of JFS MetroWest NJ and the Greater MetroWest community. New Jersey Governor Phil Murphy was among the speakers. Money raised will support JFS Mental Health and Rachel Coalition Counseling Services. Rachel Braverman was the event chair.

A live Zoom afterparty followed the more formal gala; 130 people celebrated there. They enjoyed performances by actors who starred in “Fiddler on the Roof in Yiddish,” hosted by Ben Liebert, who played Motel the Tailor.

The Levenson family has been dedicated to JFS MetroWest, volunteering their time, knowledge, and support to reduce the stigma surrounding mental health issues. The Eric Eliezer Levenson Foundation for Hope, which the Levensons formed in memory of their son Eric, provides annual support to create programs that increase mental health awareness. Eta and Mark have worked tirelessly to secure funding that allows JFS to train its staff, local mental health providers, and the community through educational programs that address anxiety, depression, and suicide prevention. Eta Levenson is a JFS executive board member, and she and Mark both are on many community and national boards.