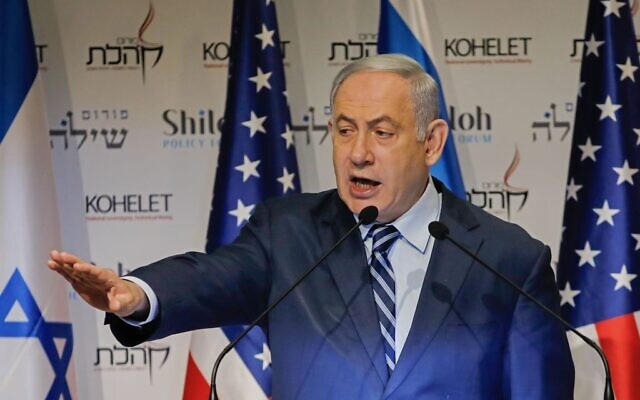 Jerusalem — Israel is hoping for the best but preparing for something following the assassination of Qassem Suleimani, the Iranian major general killed in a U.S. drone strike on Jan. 3.

Israeli officials say Israel had nothing to do with the assassination, but are still concerned about a possible Iranian reprisal against Israel or Israeli or diaspora Jewish institutions abroad.

“We are observing from the side. I assume the coming few weeks will be very interesting,” said Maj. Gen. Herzi Halevi of the possible Iranian reprisals on the U.S. and possibly its allies.

Halevi insisted the assassination was part of a “fight” between Iran and the United States “over Iraq’s character.

“That is the story. But the assassination also has ramifications for us as Israelis, and we must follow it closely,” Halevi continued. “But we aren’t the main story here — and it’s good that it happened far away.”

The Israeli public appears to be taking the Iranian threat in stride. There has been no rush on bottled water or canned goods, for example, and the Israeli army isn’t calling up its reserves as it often does when a big military action appears imminent.

On Monday, Iran’s Supreme Leader Ayatollah Ali Khamenei told his National Security Council that Iranian forces, and not its regional surrogates, would retaliate against U.S. interests, according to The New York Times.

Khamenei ordered the attacks to be “direct” and “proportionate,” the Times reported.

Given Suleimani’s prominence and popularity in Iran, a “proportionate” response could be substantial, said Elisheva Machlis, an expert on Iran at Bar-Ilan University.

“He was a strategic target, a national symbol,” Machlis said of Suleimani, who directed the Islamic Revolutionary Guard’s Quds Force, which conducts military intelligence and unconventional warfare.

Suleimani strengthened Hezbollah in Lebanon, Assad in Syria, and Palestinian terror groups, but was also credited with weakening ISIS.

While Iran’s retaliation is a given, Machlis — like many others — believes it will be a precision strike or strikes, and not intended to spark a war with either the U.S. or Israel.

“It could be against American forces in the Gulf, against business activity [in the] U.S.,” she theorized.

Machlis said Israeli or Jewish institutions outside Israel could also be potential targets “because it’s easier than attacking Israel itself.”

In the minds of Iranians, Israel is inextricably tied to the U.S. and often viewed as a “lesser Satan” to America’s “greater Satan.”

Even so, after the terrible loss of life and property in the Iran-Iraq war, “I don’t think Iran wants another conventional war, with either Israel or the U.S. It has a conventional army but doesn’t really use it,” Machlis said.

Menahem Merhavy, a research fellow at the Hebrew University’s Truman Institute and author of the book “National Symbols in Modern Iran,” also downplayed a potential Iranian attack on Israeli soil.

“It’s between the U.S. and Iran, and I don’t think Iran will want to involve Israel at this point.”

Nor does Merhavy expect an attack so big that it would force the Trump administration to enter into a serious conflict. 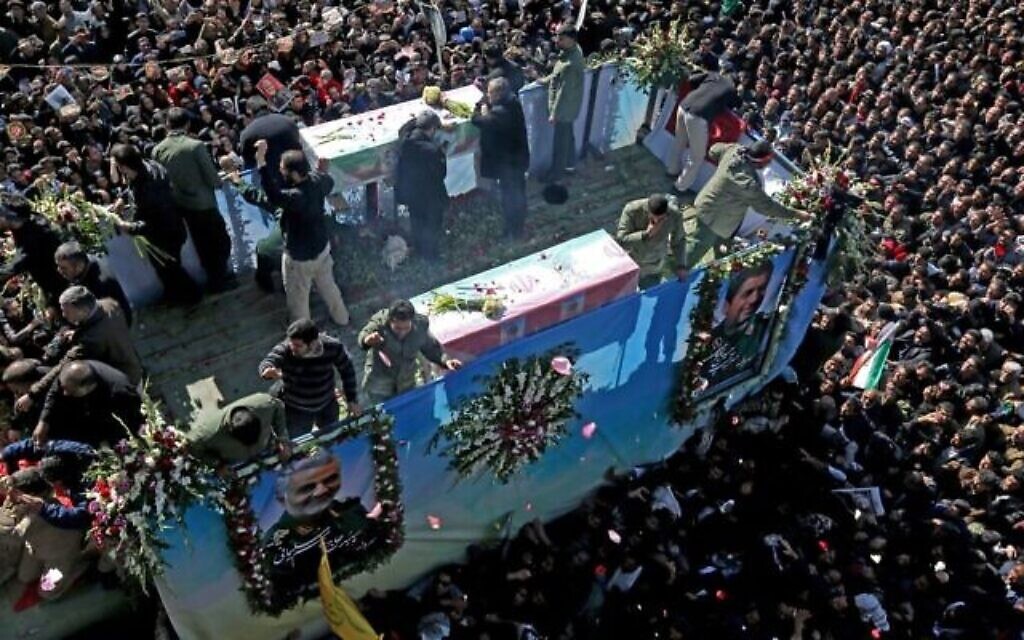 Iranian mourners gather around a vehicle carrying the coffin of slain top general Qasem Soleimani during the final stage of funeral processions, in his hometown Kerman on January 7, 2020. – Soleimani was killed outside Baghdad airport Friday in a drone strike ordered by US President Donald Trump, ratcheting up tensions with arch-enemy Iran which has vowed “severe revenge”. The assassination of the 62-year-old heightened international concern about a new war in the volatile, oil-rich Middle East and rattled financial markets. (Photo by ATTA KENARE / AFP) (Photo by ATTA KENARE/AFP via Getty Images)

Iran “can’t afford a wider conflict,” he says, due to internal financial considerations as well as fears that a war would be unpopular at home at a time when many Iranians have been calling for reforms and new leadership.

While it is tempting to portray the Iranian regime as irrationally fundamentalist, “I think they think rationally,” Merhavy said. “They would prefer to attack a U.S. army base, probably in the region, than attacking civilians. Iran does care about how it looks out there. It doesn’t want to lose sympathy from Western Europe.”

Yaakov Katz, co-author of “Israel vs. Iran: The Shadow War” and Jerusalem Post editor in chief, was less sanguine about Iran’s potential retaliation toward Israel.

“Israel should be concerned. We are a natural target. There could be rockets from Syria or Iraq into Israel. Iran could activate Hezbollah.”

Alternatively, Iran might resort to the same terror tactics it employed in 2012 against a Bulgarian tour bus full of Israeli tourists, and in 1992 against the Israeli embassy in Buenos Aires. Five Israeli civilians and their Bulgarian driver died in the bus attack; 29 civilians were murdered and 242 were injured in the embassy bombing.

Such attacks would not lead to an all-out war with Israel, Katz said, but Israel might retaliate.

In the meantime, Katz said, the focus on the Iranian threat strengthens the hand of Prime Minister Benjamin Netanyahu, who is seeking parliamentary immunity from corruption charges even as Israelis go to the polls after two indecisive elections.

“Netanyahu always benefits from having the conversation revolve around security issues,” especially when he is up for re-election, said Katz.

Israel’s third election within a year is slated for March 2.

Katz said the Israeli media, which was focused on Netanyahu’s bid for immunity, is now focused on the Suleimani assassination and its aftermath.

“Netanyahu thrives. He’s going up north, dressing the part, looking all militaristic and security-conscious and talking about [security] issues,” he said. “Who remembers his requests for political immunity?”