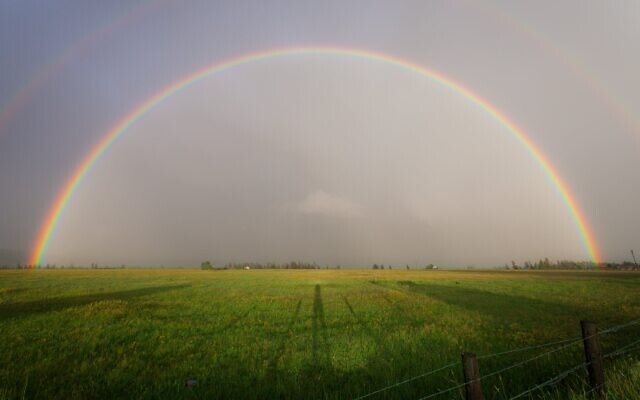 Photo by Binyamin Mellish via Pexels

Well, we’ve finally done it. God gave us this wonderful, if imperfect world, and here we’ve gone out and broken it.

It’s not all that surprising — we’ve been threatening to do it for some time. No, not just by contributing to climate change or some other environmental disaster. Whether it’s our moral failings, political choices, or decisions on what kind of power our weapons should run on, the end of the world was a long time coming. And now, here we are: Tom Brady is leaving the Patriots.

Sorry, just a moment of levity in the midst of the insanity. To be sure, that kind of news would normally result in my curling up in the fetal position until my daughter announced that she was hungry, so about five minutes assuming she just finished lunch. But this time the news that the Greatest Of All Time would be taking his talents “elsewhere” elicited only a moment of sadness before I got on with my day. Even a die-hard and devastated sports fan recognizes that we’ve got bigger fish to fry.

As I’ve previously written in this space, my preferred method of dealing with upsetting news is distraction. Rather than confronting pain head on, I try to find something unrelated to take my mind off what’s right in front of me. It’s cowardly, I admit, and likely runs afoul of the advice of most mental health professionals, but that’s usually how I cope.

Of course that’s considerably more difficult when you’re in the business of reporting news. On Nov. 9, 2016, I wanted little more than to listen to podcasts about the NBA season, take a quiz on Buzzfeed to see how well I knew the lyrics to 80s songs, or read a Stephen King novel. Instead I was assigning stories to reporters about whether Jewish immigrants were nervous they’d be deported when then-President Elect Donald Trump was sworn in, gauging the reaction of local Israelis who were exultant that a Republican would once again reside in the White House, and penning my own column about the despair I felt that this blowhard had forged such an unlikely path to victory and would soon be the leader of the free world. Indulging my yearning for preoccupation was not a possibility.

And if it wasn’t doable then, man oh man is it ever harder today. Forget members of the media who have a responsibility to write about the deadly spread of the coronavirus — regardless of your occupation, your interests, your hobbies, it’s next to impossible to get away from it.

The streets are empty, Bergen County is shut down, Times Square looks like a ghost town sans tumbleweed, and the number of people wearing disposable masks is increasing exponentially. Children and college students are taking classes online, offices are encouraging employees to work from home, commuters are desperately trying to avoid touching their faces, and we’re more likely to be holding a bottle of Purell than a bottle of water.

Perhaps most troubling to me is how the virus is impacting our Jewish rituals.

Last Shabbat was surreal. I’ve missed my share of Saturday morning services, but it felt different knowing that it wasn’t by choice, that b’nei mitzvahs would not be celebrated as scheduled, that mourners could not say Kaddish, that synagogue doors would be locked.

Not only is the spread of coronavirus unlike anything we’ve been through before, there’s nothing to compare it to, either. Sept. 11 was awful, but at the time we could compare it to the assassination of JFK, another brutal attack on our country, our way of life. And when Kennedy was shot people could think back to the attack on Pearl Harbor. Anyone who was alive and old enough to remember any of those tragedies knows exactly where they were upon hearing the news.

But COVID-19 wasn’t a singular event you can talk about. It didn’t so much as happen as much as one day it just…was. We looked up and we were enveloped. Coronavirus enveloped us fully, affected everyone, and was impossible to ignore, and it turned so suddenly it’s difficult to remember when it all started, when everything changed.

Yes, it’s been in the news for months, a mysterious, fast-spreading infection affecting people on the other side of the world, but it played second (or third or fourth or fifth) fiddle to impeachment, Kobe, and the Democratic primaries. We knew about it, frowned when we saw the headlines about the death toll in China, and left it at that. The first positive test of the virus in the U.S. was announced Jan. 21, but in the weeks that followed we joked and rolled our eyes at the panic a mutation akin to the flu — or so we thought — had caused. Had the phrase “social distancing” even existed then?

As recently as two weeks ago, one NJJN employee saw a woman from another company housed in our Parsippany office building leave the bathroom without washing her hands. When she asked the woman to go back and wash for the safety of everyone else, she told our staffer to mind her own business. Later that day the woman was overheard telling a colleague about how rude the NJJN staffer was.

Such a moment, when this woman could — foolishly and obnoxiously — try to claim some moral high ground, is unthinkable today. Everything has changed.

As there are no distractions, no in-person group-therapy sessions, no bars, no gyms, no school for kids, no work for many adults, no sports, no road map, and no end in sight, NJJN is asking our readers for help in finding a silver lining. Please let us know about acts of chesed you have witnessed since the coronavirus first blanketed our communities. Tell us about the good, the brave, the selfless, the innovative, the volunteers, the caregivers. Tell us about the various kindness that always, blessedly, seems to emerge in dark times, and we’ll include them in future editions of NJJN. (See the article “Dear readers” for more details and instructions for submissions.)

Like you, we’ve had enough of gloom and doom, and we’d much prefer to publish positive stories that make us smile and remember that we’re still one large, extended community, even in isolation.