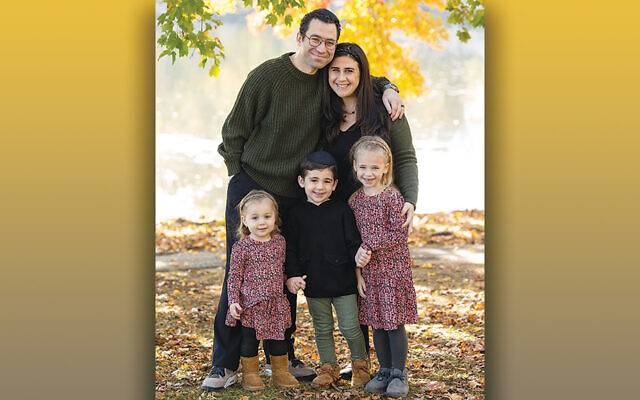 The Turk family—parents Ilana and Adam and their children, Serena. Owen, and Alexis—moved from Forest Hills to West Orange. The two older kids go to JKHA. (JKHA)

The email from the Joseph Kushner Academy in Livingston is eye-catching.

That’s a lot of money. What’s it about?

Rabbi Eliezer Rubin, the head of school, is glad to explain.

“Maybe 10 or so years ago, we sensed that the MetroWest communities were not growing in a robust way, and we partnered with our MetroWest shuls in an incentive program to encourage growth,” he said. To be specific, he’s talking about modern Orthodox shuls; the area has many Jews, but the modern Orthodox community that provides the students for his modern Orthodox nursery-through-12th grade modern Orthodox yeshiva, while healthy, also had room for growth.

“The shuls grew with us; originally it was the two in Livingstone, one in West Orange, and the one in Springfield,” Rabbi Rubin continued. “Then Maplewood and Parsippany joined.” 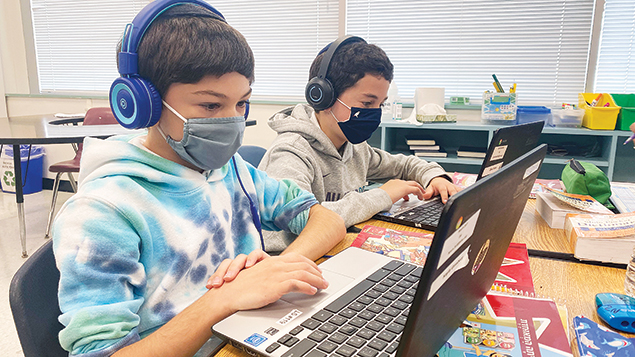 Scenes from a schoolday at the Joseph Kushner Hebrew Academy.

Each shul offers new members a different set of benefits, usually including a temporary reduction in membership fees and other financial obligations. The school offers reduced tuition, in three tiers.

Bonim, JKHA’s community growth incentive program, allows families up to $25,000 in tuition credit for up to two children, over the course of up to five years — when they’re new to the community. It’s not needs-based, and it dovetails with aid the synagogues offer.

“The shuls eagerly partnered with us, recognizing that the strength of the community relies on new members migrating in,” and good schools attract young families, Rabbi Rubin said. “We all benefit from an invested group of people who are looking to create their futures in our communities. We know that there are many communities where Orthodox Jews can move to, and we want to demonstrate to families that the benefits of moving to our communities are compelling, and they should plant their roots here. We know that once they visit us, they would stay.

“So the idea of the incentive program would be to get people to explore the area. From there, the attraction would grow, and the traction of growth would increase.

“And that’s what happened. It was really amazing to see a strategic plan that put in place seven or so years earlier really materialize beyond what we had originally imagined. It’s very encouraging.

“Our community has seen 50 new families in five years. Today, in West Orange, there is a housing shorting, there is such interest.” 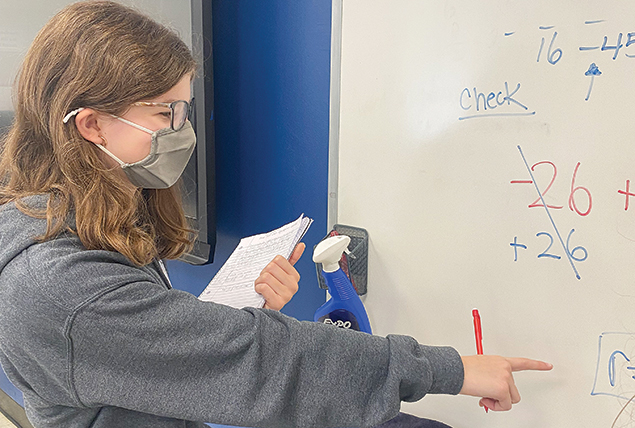 JKHA offers two other tuition assistance plans. Yesodot, also called Tuition Max, sponsored by the Paula and Jerry Gottesman Family Foundation and the Jewish Federation of Greater MetroWest, is for middle-income families who need a boost to be able to afford day school, and L’Atidenu is financial assistance for families who need more help than that. “People who made under $150,000 are eligible for financial assistance, and about 54 percent of our families are in that program,” Rabbi Rubin said.

“One of the very many gratifications of working in this school and this community is watching many young families make their way from financial assistance to Tuition Max,” Rabbi Rubin said. “The trajectory of stability in the community is good to see, and we also know that families appreciate the fact that the school recognizes the burden of tuition and has multiple platforms that offer help.

Beyond the help that the six local Orthodox shuls and JKHA offer families, there also is the help that the Jewish Federation of Greater MetroWest offers. The federation gives move-in grants of up to $18,000 in tuition credit to families who use any one of the four day schools in the region — that’s JKHA, the Golda Och Academy in West Orange, the Gottesman RTW Academy in Randolph, and the Jewish Educational Center in Elizabeth. And then there’s the Tuition Max program, which grew out of the Gottesman’s strong belief that middle-income families who neither qualify for financial aid nor can afford to send children off to private school without having to give up such luxuries as three meals a day also should be able to give their children Jewish educations. Because northern New Jersey is such an expensive area, and because most families have more than one child in school at a time, the amounts of money parents can make and still be eligible might make them seem rich on other places.

The elegant genius of the Tuition Max plan is that is guarantees that based on their income — which can be up to $275,000 a year — parents can know that they will have to pay no more than a specific percentage of that income every year, no matter how many children they have in school.

So, to go back to Rabbi Rubin and the Joseph Kushner Academy, between the way the shuls and the federation work with the school, not only can he entice families with the quality of the education he offers and the spiritual depth, intellectual vigor, and lively community of the shuls whose children to go his schools, but he can point to the financial incentives that might make a move to MetroWest even more attractive.

The MetroWest area is not too far west of Midtown, and is well served by rail and bus lines into the city, as well as a cat’s cradle of interstates. It’s an easy commute from MetroWest both to the city and to other parts of New Jersey. “We also offer the finest quality Jewish education, a warm, receptive community that cares, and a strong federation,” Rabbi Rubin said. All those elements of community — the schools, the shuls, the federation, and a generous local family foundation — work together. And it’s affordable. For many families, that could make the difference.