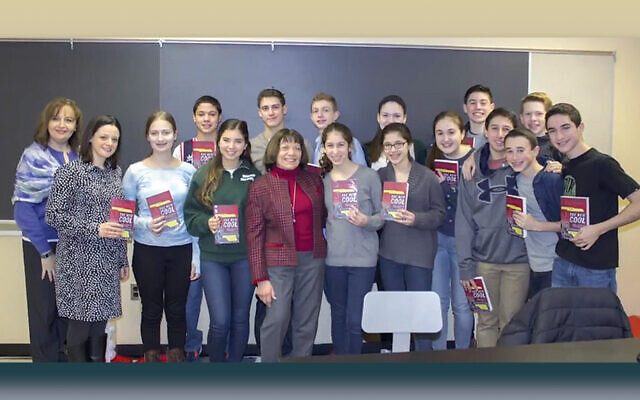 When Lynne B Harrison, who grew up in the Bronx in the 1950s, was applying to the City College of New York, she knew what her chance of getting in to its school of engineering was: zero.

Instead, she went to Hunter College, where she studied journalism and technical writing.

Her first job was as an associate editor at Modern Plastics Encyclopedia.

“I was using my scientific bent to write up the work of other people who were given the opportunity because of their gender to do the work,” she said.

It wasn’t until the 1970s, when her two children were grown and she was living in South Orange, that she earned a doctorate from NYU in occupational safety and health, with a dissertation on the time-dependent perceptual and motor effects of an injected antihistamine drug. Then she went on to found a chemical testing company, Harrison Research Laboratories, which she sold in 2017.

The fund, which is part of the Jewish Community Foundation of Greater MetroWest NJ, is giving out $100,000 in grants every year for five years.

“It’s been an exemplary group of requests,” Dr. Harrison said of the initial grant proposals. “Everything from new computers to giant-size state-of-the-art 3D printers to equipment to do genetic engineering.”

It’s a far cry from Dr. Harrison’s mid-20th century Bronx high school labs, which were “quite primitive,” she said. “I grew up with a rotary dial telephone. We had beakers, we had Bunsen burners, we had things that were good in their day. We were a long time after the alchemists. But it’s not the kind of equipment we have now.”

Dr. Harrison said she “always wanted to know how things worked. I think almost everybody who goes into the sciences probably has that kind of mentality. When you flick up a light switch and the light goes on, I’m not content to see the light. I want to know what flicking the light switch up does.”

Dr. Harrison earned her Ph.D. at New York University in a program that combined medical and engineering studies. “We learned just about all of the medicine the doctors were learning, until it came to the cures,” she said. “We were not studying to be physicians.

“The head of my department had gotten a really significant grant from the government, which enabled him to have 10 students, nine men and me, which was a ratio I got used to in my early days.”

Among those men was Robert Jarvik, who helped develop the first artificial heart. “We all went on to do something in science,” she said.

She found a faculty job at the University of Pennsylvania and was conducting a study of cancer in the chemical industry in 1980, when a human testing lab recruited her to be director of clinical research.

“I had never hear of human testing labs,” she said. “Curiosity is something I always had. I went to the interview more to find out what they did than really to apply for the job. Whatever they saw in me, they really really wanted me. They kept escalating the offer until I had an offer I couldn’t refuse.” 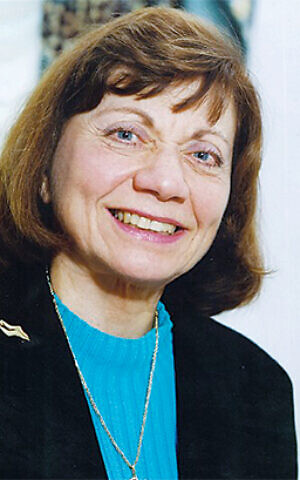 So what is human testing?

Basically, it’s making sure that products such as skin creams won’t cause bad reactions in people.

“You can have an ingredient that is a perfectly safe ingredient. But if you put several of them into a compound, either additively or synergistically, you can get either an irritation or sensitization, an immune response.

“It’s much better for the companies to find out if their new products will cause a problem on the skin of humans in the lab rather than in the marketplace.”

Most of the time, the product was as safe as its individual ingredients. But occasionally, the results on the test subjects would show there was a problem. “Then the fun would begin,” Dr. Harrison said. “We had to find what combination of ingredients was causing it.”

After a year and a half at the testing firm, she asked for the stock options she had been promised when she was hired.

“I got stonewalled,” she said. “I gave notice.”

She figured she would return to academia.

Then the calls came in from the testing company’s clients asking her where she was going to be. So she decided to open her own lab and “quite frankly, I didn’t look back after that.”

That was in 1981. In 2017, her Harrison Research Laboratories was acquired by SGS, a giant Swiss-based testing and inspection company.

Harrison Research Laboratories was located in Union City and operations have continued there under the new management. (You can sign up to be in a study at sgsclinicaltrials.com). Test subjects are paid for their efforts. “There are FDA guidelines on how much you can pay,” Dr. Harrison said. “You have to pay enough to make it worthwhile, but you cannot offer a subject a fee so large that the person needs the money and will suspend self-protective judgment. It’s a fine line.”

A consent form spelled out the risks: “basically, a rash on the skin. Our dermatologists would provide the medical palliation if they had a problem.

“It was good for the subjects themselves, because they would find out a certain preservative would give them a rash. They would find out they should read labels and not buy anything that has x, y, or z ingredient.”

The new Dr Lynne B. Harrison STEM Endowment Fund follows earlier gifts of a STEM building addition to the Golda Och Academy, which one of her grandchildren attended, and funding of a science center at the New Jersey Y camps.

“I feel if you concentrate your philanthropy on what’s really your passion, you can do a great deal more good than if you do a little bit of various things,” Dr. Harrison said.

She was also a founding support of SpaceIL, the project to land a craft on the moon.

She couldn’t make it to Israel for the landing attempt two years ago, but her grandson, Adam Harrison Gross, was there as part of Golda Och’s second semester program in Israel.

“Adam was in the landing room with all the bigwigs as my deputy,” Dr .Harrison said. “Although I didn’t get to see the unfortunate crash, at least a member of my family was there.” An equipment failure as the lander came down turned off the engine that was slowing its descent; by the time mission control could restart the engine, it was too late to slow the craft, which crashed into the moon with a speed of several hundred miles per hour.

“On some level it was a victory for Israeli science,” Dr. Harrison said. “We didn’t soft land, we crash landed, but you know what? The Magen David is on the moon!”

Dr. Harrison’s new fund comes as part of the earliest stages of a fundraising campaign as the Jewish Federation of Greater MetroWest NJ prepares to celebrate the 100th anniversary of its predecessor organization, which was founded in Newark in 1923. It is planned to be “the largest campaign in our history,” Kim Hirsch, the executive director of the federation’s affiliated foundation, said. Dr. Harrison is a vice chair of that campaign.

In addition to the money allocated to fund day school equipment, Dr. Harrison also pledged $2 million to endow an annual gift to the federation.

“She has modeled beautifully what many of our centennial leaders are doing, securing the gift to the annual campaign and making a targeted gift to secure her passion,” Ms. Hirsh said. “Those are the focuses of the centennial campaign.”