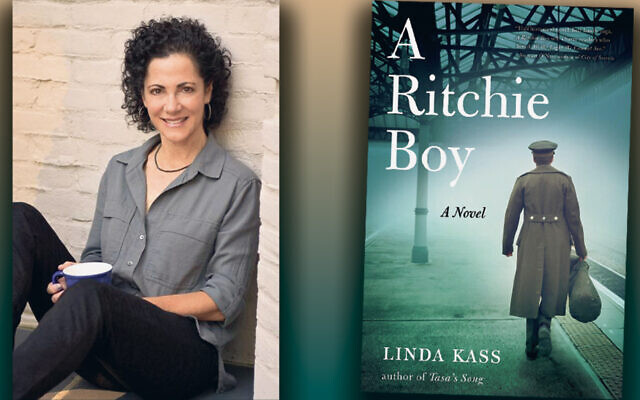 Linda Kass, author of “A Ritchie Boy,” a book — inspired by her father’s life — that she calls a novel in stories — talks about it, on Zoom, to the West Morris section of the National Council of Jewish Women. It’s set for Tuesday, April 26, at 7 p.m. The program, part of the “Unlikely Jewish Heroes” series, is presented by the organization’s programming committee led by Debbie Schwartz of Mendham.

In her talk, “A Ritchie Boy: One Young (Jewish) Immigrant’s Journey to America . . . and Back to Europe to Help Us Win World War II,” Ms. Kass tells the little-known story of the Ritchie Boys, many of them Jewish German-speaking immigrants, who worked in U.S. Army Intelligence and helped the Allies win World War II.

The novel was published on September 2020, the 75th anniversary of the end of World War II. At its release, independent booksellers nationwide recognized “A Ritchie Boy” as an Ingram best indie. The novel was a 2020 Foreword Indies Book of the Year Award winner in war & military for adult fiction and won the 2021 gold medal in historical fiction from the Independent Publisher Book Awards.

Preregistration is required. For the link email debra.ellen910@gmail.com.