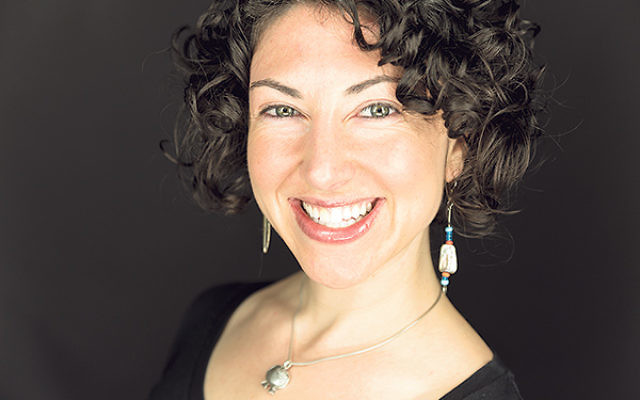 Rabbi Lizzi Heydemann says she is coming to Congregation Beth El to create “a powerful spiritual experience in the moment.”

Rabbi Lizzi Heydemann got a taste for what she calls “authentic spiritual Judaism” when she served as a rabbinic intern at IKAR, the innovative Los Angeles Jewish community founded by Livingston native Rabbi Sharon Brous.

When Heydemann returned home, young and single, to her native Chicago in 2011, she founded Mishkan Chicago because, as she is often quoted as saying, there wasn’t anything else that appealed to her.

“The growth is exciting, exhilarating, but not surprising,” she said in an interview with NJJN. “I think Jews are thirsty.”

Pointing out that Jews go to synagogue on the High Holy Days hoping for something “meaningful or transformative,” she said, “They are often disappointed.” The result? “Increasingly, we are seeing people not even doing that but finding other ways to slake their thirst,” she said.

The weekend of Friday-Sunday, Jan. 22-24, she will bring her ideas for slaking that thirst to Congregation Beth El in South Orange, where, as spiritual leader-in-residence, she will lead services, present talks, and engage in hands-on activities.

The idea of bringing a spiritual leader-in-residence to the synagogue came out of a strategic planning process, now being implemented. One goal of the plan, according to Ada Beth Cutler, chair of the strategic plan implementation committee, is “to provide new pathways to spirituality and prayer within the framework of our traditional Conservative liturgy.”

Congregation president Marilynn Jacobs added that Heydemann seemed like a good fit because “everything she brings is rooted in the liturgy but aims to engage us more fully both as individuals and as a community, whether that’s through music, through creative approaches to prayer, or simply by focusing on the spiritual energy in the room.”

Heydemann sees the practices of Mishkan Chicago, which offers an alternative experience to traditional synagogue settings, as among the ways to quench those thirsts. She describes the experience, which includes guitar and djembe playing, as well as less-familiar liturgical melodies, as a “deep, powerful, musical, spiritual, uplifting party.”

“As an independent community, we are without institutional baggage,” said Heydemann, who was ordained at the Conservative movement’s Ziegler School of Rabbinic Studies in LA. “That captures people’s interest. They come and bring their friends.”

The one-on-one is a critical part of relationship-building. “On Shabbat we may have 200 people. It’s powerful and fun, but that’s not enough to sustain real community,” she said. Like more traditional congregations, Mishkan Chicago also has a series of committees, called “teams,” that focus on social justice, the environment, and other issues.

Mishkan Chicago joins other spiritually oriented congregations founded by Conservative rabbis that eschew the title “synagogue” and denominational ties. In Los Angeles, Rabbi Naomi Levy’s Nashuva, begun in 2004, requires no tickets, no membership, and no building — its highly musical services, which feature a full band, are held in space rented from a Presbyterian church. Brous founded IKAR in 2004 as a post-denominational spiritual community.

Although there are differences, such institutions are often grouped with “independent minyanim” on the East Coast, including New York City’s Romemu, led by Rabbi David Ingber, and Kehilat Hadar, led by a trio of Conservative-trained rabbis. Hadar’s more traditional worship does not include the musical instruments popular in such communities on the West Coast, but it still proudly declares its independence from denominations.

Are these independent institutions the future of organized Judaism? “It’s hard to say; they’re not one-size-fits-all,” said Heydemann. She pointed out that the main element they have in common is that “people are showing up.”

She also sees Mishkan Chicago and communities like it as “very curated experiences where community is not taken for granted. People show up because we work hard to create an authentic, real experience. People can smell it and feel it. What is authentic for people is resonating. That is the future.”

Some critics have suggested that when children enter the picture, the model falls apart. Not so fast, said Heydemann. Now that they have kids in the community, she said, Mishkan Chicago has added a staff member to focus on kids and families. But it continues to focus primarily on what adults need.

At Beth El, she has no plans to recreate Mishkan Chicago. “My job is not to come in and dazzle. It is to come in and share what I do as a rabbi and what we do at Mishkan.

“Some of it may resonate and stick long after I am gone,” she said. “But there is no way to capture and bottle and perpetuate Mishkan Chicago, and there’s no way for me to know what the golden nugget will be for Beth El. It’s creating a powerful spiritual experience in the moment.”