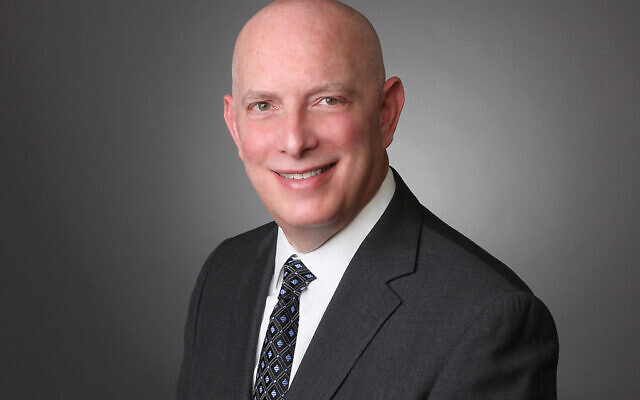 The Short Hills resident, 61, was a beloved West Orange psychiatrist, in his second term as president of Temple B’nai Abraham (TBA), and a former board member and former vice president of JESPY House in South Orange. He died of complications from Covid-19 on April 16.

“He was getting better,” his wife, Dr. Susan Wolf Greene, told NJJN in a telephone interview. “He was going to be the next one to come off the ventilator,” but unexpected complications prevented that from ever happening.

Those who knew him said that Greene, a snorkeler, voracious reader, photographer, trivia buff, and a collector of PEZ dispensers, possessed a relaxed confidence and was always happy for others’ successes. Kids intuitively liked him, and his wife recalled that when Greene sat on the floor, babies would crawl onto his lap and he’d sit and play with them. He also knew how to connect with older children.

“He always knew the right thing to say,” Wolf Greene told NJJN, noting that even though he had so many interests, he genuinely cared for young people’s passions. “He could talk about anything and get interested in anything.”

Said his son, Mark, a junior at New York University, “He always cared about the things I cared about.” Sometimes that meant Superman, Batman, and other superheroes, “or whatever stupid things I was into.”

While the psychiatrist treated some adult patients, his wife said that Greene took particular joy in helping young ones. “He felt when you help a child, you’re helping the village,” she said. “He got a lot of satisfaction when his patients went to
college, that he could get them to where they wanted to be in life.”

He was also passionate about TBA in Livingston, initially getting involved in the immediate aftermath of 9/11, which happened soon after his family joined. “He called to see if anyone needed help,” Wolf Greene said, and afterward he started taking on leadership roles at the synagogue, along with whatever tedious jobs needed to be done. Several people mentioned ushering, which he apparently took on with gusto even though many members considered it an unglamorous chore.

His was an eventful presidency that began in 2017. Greene managed heightened security in the aftermath of shootings at a high school in Parkland, Fla., and synagogues in Pittsburgh, Pa., and Poway, Calif.; oversaw the retirement of long-time rabbi Clifford Kulwin; and the welcoming of his successor, Rabbi David Vaisberg. In a cruel irony, one of Greene’s final responsibilities was planning for the maintenance of synagogue life during the pandemic.

“The first six temple presidents with whom I worked during my tenure set a high bar for whomever would come next,” Kulwin said in remarks he gave at a Zoom shiva for Greene and shared with NJJN. “Bruce reached that bar, and exceeded it, with ease.”

Kulwin called him a leader with vision and firmness who exercised governance “with both gravity and compassion.” But the rabbi also focused on those characteristics that made him a good friend. “He was unfailingly pleasant and cheerful, nearly always upbeat, a warm presence to be near,” he said during shiva. “If you shared something good that happened to you, he was happy for you. Period. Unlike most of us, he did not have to then go on and tell you something good that had happened to him, because he knew that moment was about you, not him. And all the more if you shared something sad. His attention, his sympathy, even his empathy, were total.”

Greene did more than listen. Earlier this year when Vaisberg’s young son was rushed to the hospital with appendicitis, Greene was there to meet them. Staff mistakenly called him Grandpa, but he took it in stride. “He enjoyed it,” Vaisberg told NJJN.

Greene was also a decisive man. “He knew what he liked and what he did not like,” recalled Wolf Greene, herself something he knew he liked; he proposed on their eighth date.

Greene was born in Manhattan to Lois and Charles Greene and spent his first few years in Long Island before his family moved to Livingston. They became members of the now-shuttered Temple Emanu-El of West Essex. Greene was involved in the youth group there and for a time considered the rabbinate as a career. He spent several summers, first as a camper and then a staff member, at Kutz Camp, the Reform movement’s teen leadership camp that closed in 2019.

After graduating from Livingston High School, he attended Franklin & Marshall College in Lancaster, Pa., followed by University of Medicine and Dentistry of New Jersey’s School of Osteopathic Medicine. He had a psychiatric practice in West Orange since 1990.

“He was the gentle kind of leader who guides by doing, and by seeing everything as a pleasure, as exciting, and for the common good,” said Vaisberg. “And we also had a lot of fun together.”

In addition to his wife, Susan Wolf Greene, and son, Mark, he is survived by two brothers, Steven (Melanie Genkin) of North Caldwell and Glenn (Ann Lim-Greene) of Chicago and Naples, Fla. A private service was held with arrangements by Bernheim-Apter-Kreitzman Suburban Funeral Chapel, Livingston.