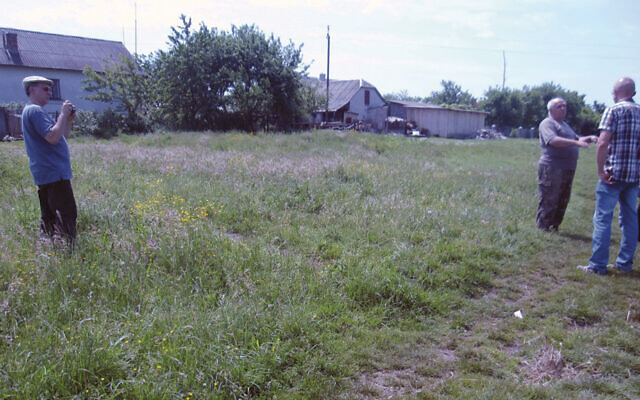 This is the field that once had been a Jewish cemetery, and then became a killing field.

Mostyska is a town that very few people had ever heard of before March.

Now, it’s one of the places Ukrainians go through as they flee the Russian invasion that’s brutally killing them, and it’s a place where Israel has set up a field hospital called Shining

When Shelly Winters of Morris Plains read a story about Shining Star, she knew exactly where it was. (See the story njjewishnews.timesofisrael.com/healing-strangers-in-the-midst-of-a-war-zone/ ) 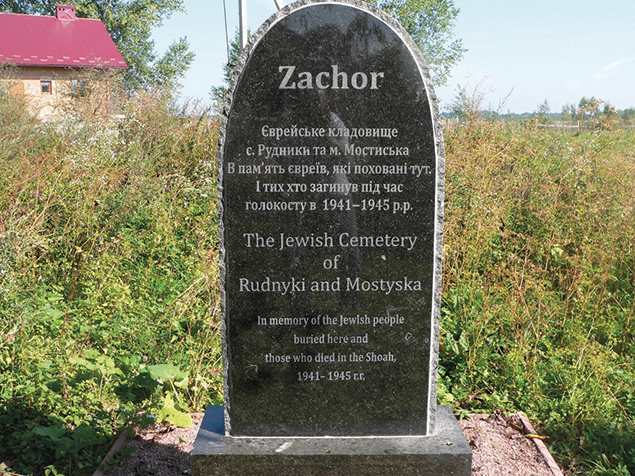 The Winters put up this stone to as a memorial for the murdered Jews
of Mostyska.

In 2011, she and her husband, Stephen Winters, took a 10-day trip to eastern Europe to see where their parents, all of them Holocaust survivors, had come from. They traveled with a Ukrainian guide, who interpreted for them.

Ms. Winters’ mother, Bertha Singer Reich, who died last year, during the pandemic, was born in Mostyka. “We visited the town, we spoke to some townspeople, we visited the place where the cemetery had been, and then we went to the mayor’s office and got permission to put up the monument,” Ms. Winters said. And then they left.

The Ukrainians she and her husband met in Mostyka told the Winters that a Jewish cemetery once had stood on land that now lay fallow. The town’s Jews had been rounded up, brought there, shot there, and bundled into a mass grave there, they were told.

To add to the horror, the countryside was beautiful, she said. “If there hadn’t been the war, we probably would still be living there. It was very green, very peaceful. You could understand how the Jews had lived there, with their extended families, for generations.” 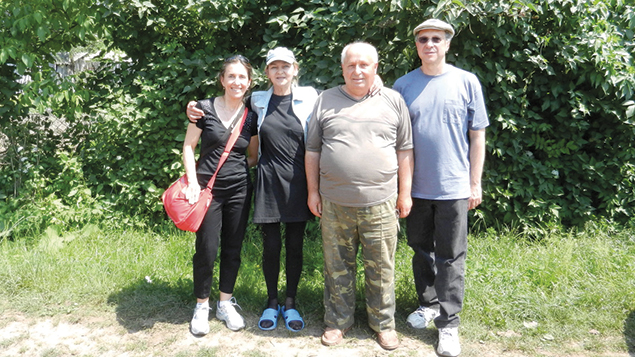 Instead, almost all the town’s Jews were murdered, and the lucky ones were chased away. One remained — “I think he was the only Jew who came back to the town,” Ms. Winters said — and toward the end of her life, before Alzheimer’s silenced her, Ms. Reich talked to him by phone.

During their visit, Shelly and Stephen Winters decided to commission a monument that would stand at the cemetery, a memorial to the town’s Jews.

It was erected a few months after the Winters’ visit. Ms. Winters feared that it might be vandalized, but she learned that a fence had been put up around it to safeguard it; that was the work of the town’s sole surviving Jew, she surmises.

The Israelis who staffed Shining Star had heard about the monument too, she said; the story she read about it told her that “the town’s mayor took the Israeli medical staff to the monument, and they said kaddish there,” she reported.

And then the Israelis went back to their Muslim and Christian colleagues and continued to save lives.