This rendering shows what Touro’s new building will look like when the renovation is complete.

Touro College and University Center, the growing system that offers undergraduate and graduate degrees in a wide and expanding number of fields to a range of students — non-traditional, older, urban, and Orthodox, among others — has begun work on what will be its new home.

3 Times Square, to be precise. It’s taking eight floors and will have its own entrance on the corner of Seventh Avenue and 43rd Street. The huge space — 243,305 square feet, to be precise — is now undergoing a gut renovation; plans call for it to be open for business next December, a year after the construction started.

“We’re excited about this move,” the school’s president, Alan Kadish of Teaneck, said. (Dr. Kadish is a medical doctor, a cardiologist, as well as a longtime university administrator.) The move will consolidate schools that have been meeting in two other buildings in midtown, as well as some programs that now are uptown, in Harlem, “where we have been in temporary quarters,” he continued.

“It’s not a move over a big distance, but it will be a brand new, beautiful facility. And by having more schools together in the same space — seven of them — it will make it easy for cross-socialization and synergy between them.”

Times Square also, and incidentally, is where many of the city’s main subway lines come together; it’s a short walk to the Port Authority and close to Penn Station. Most of the school’s students come from New York’s five boroughs and its suburbs on Long Island, in Westchester, and from the other side of the Hudson — New Jersey and also Rockland County. 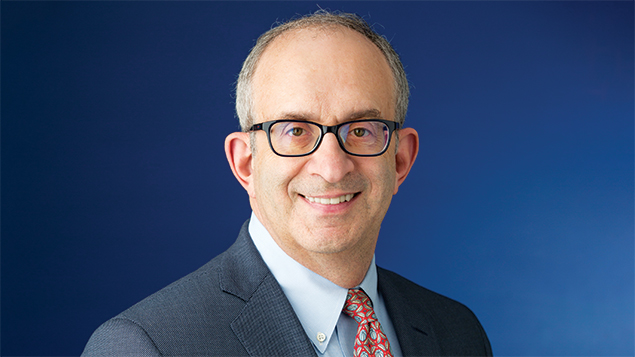 Touro has three local undergraduate schools. Lander College for Men is in Queens and Lander College for Women is near Columbus Circle in Manhattan. Both schools attract Orthodox students, who are drawn by the schools’ attention to their scheduling, dietary, and other needs. Neither of them will move to the new campus. But the third local undergraduate program, New York School of Career and Applied Studies, will be a vital part of Touro’s new home. The system’s pharmacy, social work, technology, business, education, and Jewish studies schools — all of them offering graduate degrees — will move there as well.

The lease is for 30 years, Dr. Kadish said, so the move is at least semi-permanent. “We will be able to upgrade our laboratories substantially. We are investing heavily in technology, which will support both in-person and remote education,” which will be useful to Touro well after the pandemic ends, when geography will not be a bar for students who live far away.

“The presence of faculty from different disciplines will increase the chances for collaboration,” he continued.

There also will be more of a chance for students to meet each other, in a place that will feel like an urban campus. “We are going to have student lounges and cafes and all sorts of spaces that weren’t top-of-mind previously, because the buildings were temporary,” Dr. Kadish said.

“We are going to see what our students want. Touro always has functioned that way.”

Despite the uncertainty the pandemic has caused, “we are optimistic about the city, especially with a new administration,” he added. “Covid has been a challenge, but we believe that ultimately it will blow over, perhaps sooner, perhaps later, although my bet is on sooner.

“We are excited about the opportunities for our students in the future.”

Why Times Square? “It’s iconic,” and it’s also convenient, Dr. Kadish said. It’s gone through many iterations, some of them seedier than others, but now “more and more people are moving into high-quality space there. For us, it’s not about being in Times Square per se, but about proximity to transportation, and also proximity to culture, and what we hope is room to grow in the future.”