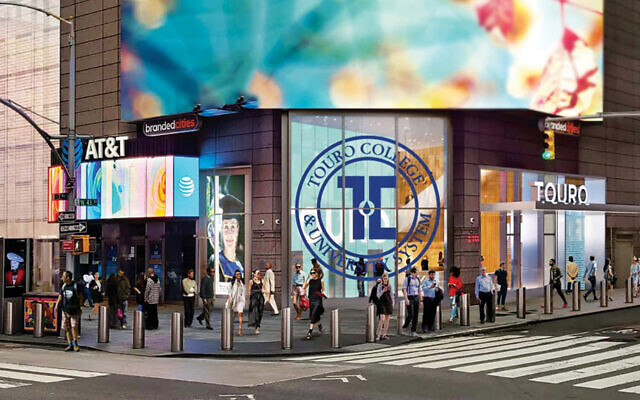 An artist’s rendering shows what Touro’s headquarters in Times Square will look like when the renovations are completed. (Courtesy Touro University)

As a result of an action taken by the New York State Board of Regents, the institution once somewhat clunkily known as the Touro College and University System has become Touro University.

The change to the more elegantly streamlined name, announced last Friday, is a manifestation of the Regents’ having granted the school full university status.

The status change comes as the university, which is celebrating its 50th anniversary, upgrades and consolidates its presence in Times Square. It also has schools in other parts of the city and upstate, as well as in California and Nevada — where it already has been chartered as a university — as well as in Illinois, and in Berlin, Moscow, and even — and perhaps especially — Jerusalem. It’s planning new schools in Boca Raton, Florida, in Albuquerque, New Mexico, and in Montana.

The change in status is “the culmination of years of hard work and dedication on the part of the entire Touro community — our faculty, deans, program directors, staff, and students, who have elevated, expanded, and advanced our outstanding academic offerings,” its president, Alan Kadish of Teaneck, said.

The Board of Regents had not granted any institution university status in 40 years, Dr. Kadish said; Touro is part of the first cohort allowed that status. 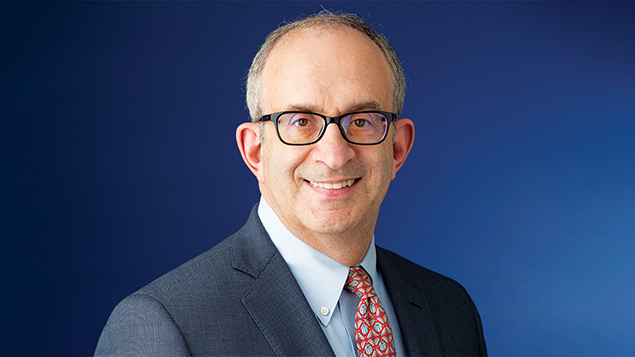 Touro was able to get its new status in two different ways, Dr. Kadish continued. “We developed more doctoral-level programs, and New York State changed the rules, to make it more flexible. We were about to qualify under the old rules — and then the rules changed.”

Each state and country charters schools differently, he said. “Touro has been a university in California and in Nevada for many years, and we’ve been the equivalent of a university in Germany for at least a couple of years. Now we are a university everywhere.”

Touro’s school’s missions and offerings will be unaffected by the university’s new status. “The name is just a name,” Dr. Kadish said. “It doesn’t change anything overnight.

“But it acknowledges the progress that we’ve had in expanding our academic offerings. And then there is significance in that there are some people who think that being a university confers additional status. From that standpoint, we benefit from it.

“The name is a recognition of the progress that we have made.” 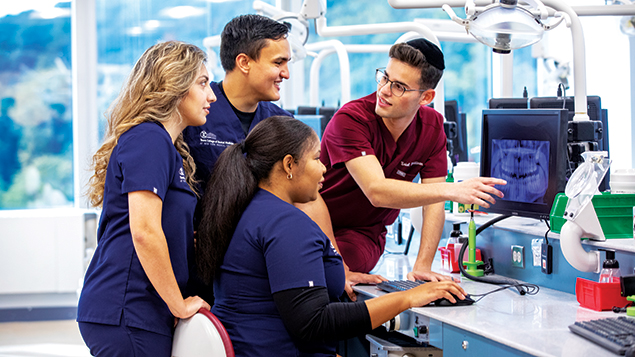 The university has been growing steadily; that growth will continue.

The university will continue work on its main campus at 3 Times Square. But it will be able to refine its branding to reflect its unity, and to bring its disparate schools together rhetorically and visually as well as administratively. Graphic designers will create a logo that all of the university’s schools and programs can use; that logo will be unveiled at the school’s official demi-centennial celebration, set for December 2022.

“At 50, Touro is not so young anymore,” Dr. Kadish said. “A lot of our growth has happened in the last 20 years. Now we offer a Ph.D. in Jewish studies, and a couple of years ago we started giving the PsyD, for clinical psychologists.

To be recognized as a university, a school used to have to offer doctoral degrees in at least three disciplines; that no longer is necessary, but still Touro now offers Ph.D. programs in more than three fields.

“I am incredibly proud of what we have accomplished over the last 50 years, on the shoulders of our visionary founder, Dr. Bernard Lander of blessed memory,” Dr. Kadish said. “I know that this achievement bodes well for Touro’s future.”