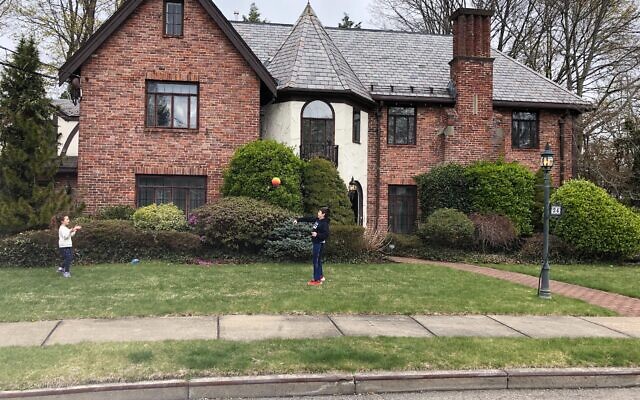 NEWTON, Mass. — Before we get started I need to get something off my chest: Almost two years ago I wrote a column lamenting my parents’ decision to put their house, my childhood home, on the market (“When a house is no longer a home,” June 7, 2018). It was a heart-wrenching decision for them, but the snowbirds couldn’t justify the financial costs of owning a large house that they only lived in a few months a year. I took it hard:

“As I sit at the same desk where I wrote countless high school term papers, I do so in the knowledge that these may be the last words I ever type here. The very thought is devastating.”

Well, a funny thing happened on the way to the realtor’s office. My parents realized that they could recoup their expenses by renting out the apartment adjacent to our house that they had built for my grandmother to live in during her final years. Seemingly out of the blue a lovely couple looking to downsize showed up and signed a lease, and our home was saved at the last moment, like the ending of  “The Brady Bunch Movie,” an intentionally campy and underrated film that I’m sure none of you have seen and all of you should.

So to everyone who wrote in sharing their empathy and kind words, I offer a mea culpa for misleading you.

I bring this up not just for the sake of easing my guilty conscience, but because at this moment I am once again sitting at the same desk where I wrote countless high school term papers. It’s true: When the going got tough, I got out of Dodge.

Gotta say that leaving was surreal. It felt like that scene in a movie where the hero stands and watches the neighbors frantically shoving their families into a stuffed car and fleeing their homes upon news reports of an impending natural disaster or alien invasion. Except in this iteration, I was the scared neighbor. That even in my own imagination I wasn’t the hero is probably as good an indication as there is of my mixed feelings. The hardest part was waving goodbye to my neighbors who, standing at a safe distance, watched us go as we wished them luck, all of us hoping we would be reunited in the near future, but not knowing when — or chas v’shalom if — we would see each other again.

Let me back up a minute. As the crisis got progressively, and then exponentially, worse in the tri-state area, several of our kids’ classmates and their families fled to remote summer houses upstate. Halevai, would that it were so, that we had a large house of our own to escape to, the four of us thought as we elbowed each other for enough space to move around our cramped apartment. Then it occurred to me that we did.

The snowbirds are still in Delray Beach, Fla. — and are likely stuck there for the foreseeable future — so we weren’t at risk of infecting them, or vice versa, and other than their tenants in the separate apartment, their house in Massachusetts was vacant. With our kids’ classes online for the rest of the school year, and my wife and I working remotely, we could be anywhere in the world as long as we have a decent internet connection.

Knowing that we’d be staying for an indefinite period of time I packed the car with everything we could fit, scrimping on clothes because we wouldn’t be going out much, and going heavy on sports equipment in anticipation of using my parents’ expansive backyard. There was also a heavy emphasis on technology — multiple laptops and the tower for my desktop; iPads and Kindles for the kids to do their virtual classes — and so they would stop asking for a snack every few minutes; and a Roku to enable my parents’ TV to stream Netflix, Hulu, HBO, etc.

Upon arrival we would be following a mandatory 14-day quarantine, and as delivery slots were few and far between for both kosher and regular supermarkets, we couldn’t assume that we’d be able to get food right away. This was an added complication, because as we were leaving on the Sunday before Passover we had to strike a delicate balance between bringing enough chametz to last us the next four days, and enough kosher-for-Passover food, which we initially purchased under the presumption that we would be spending the holiday at home.

The highways were deserted, so for once the drive was relatively quick and painless. Other than needing to make a few adjustments to the boiler and turning the heat, which had been at my parents’ preferred temperature, down approximately 40 degrees to a more bearable 72, the house was ready to use right away. The kids, forced to share a room for the last six years, immediately set about claiming “their” respective rooms, my son clearly taking perverse pleasure at watching me cringe after the ungrateful twerp called my old living space his own.

And just like that we settled in and we’re making a go of it until it’s time to go back, whenever that is.

I don’t know if this house will always be a home, to my nuclear family or to my parents, but it is today, once again providing the shelter and comfort it gave me for decades. For now it is absent the people who always made it special, but at least I’m filling it up with a new generation of Kahns to eat at the dinner table, play ping pong on Shabbat afternoon, run around screaming until they break something delicate — no mom, it hasn’t happened yet but it will, so just accept it — and to live unremarkably in decidedly remarkable times.