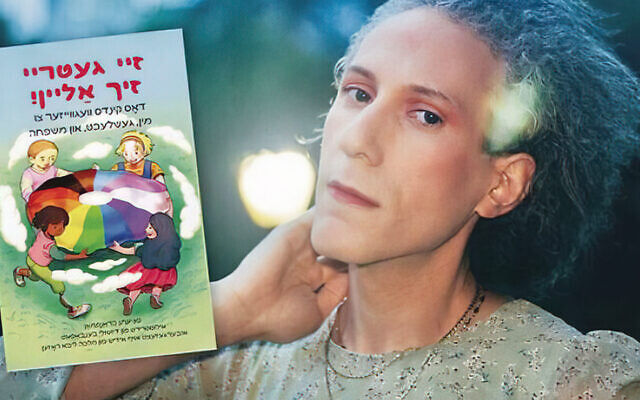 On the Netflix series “Unorthodox,” Reb Yossele, sought to bring Esty (Shira Haas) back into the fold.

The spur for doing so now was her translation of an educational book on sexuality and gender into Yiddish.

Just a few days before the book went to press for its January 31 release, Rosen decided to use her new name on the cover, marking a major step in coming out publicly as transgender. “Zay Getray Zikh Aleyn,” the Yiddish edition of “You Be You!” by Jonathan Branfman, credits the translation to Malka Liba Rosen, her new name in Yiddish.

Raised in chasidic Borough Park, the youngest of five children, Rosen never received any formal sex education as a child, and never heard anyone talk about gender identity. Her young adulthood included a back-and-forth pull between periods of intense religiosity and religious apathy, running away from home for a time, and eventually leaving the Orthodox community.

“God knows that if I, as a teenager, had access to this, it would have been inordinately helpful and beneficial to me in my journey,” Rosen said. “I may have even come out 20 years ago, or 30 years ago.”