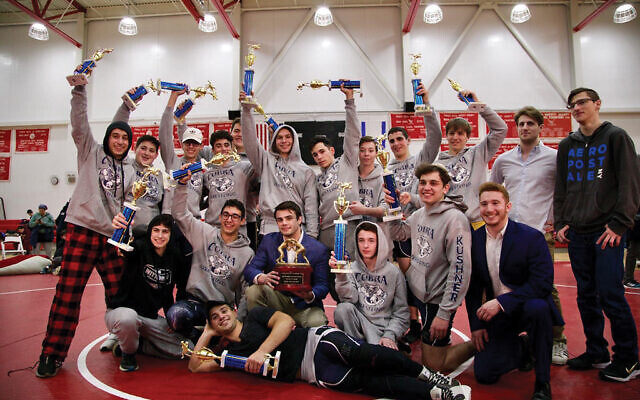 THE RAE KUSHNER Kushner Yeshiva High School in Livingston captured its third championship title at the Yeshiva Wrestling Association’s Wittenberg Wrestling Invitational Feb. 14 and 16 held at The Frisch School in Paramus. The Cobras scored a total of 265.5 points, more than 60 points higher than the second-place team. Twelve yeshiva high schools from across the country — including Elizabeth’s Jewish Educational Center — participated in the competition.

“I am very proud of all these guys,” said Ciavarro. “I pushed them hard all year and they responded well. Hopefully we can continue this success for years to come.”